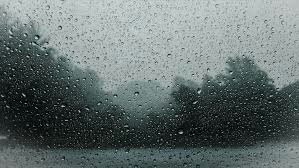 This morning i woke up late as i usually did every other morning. Nowadays i am so used to being late that i do not even try no more. I don’t try to do my things faster so I could not be too late. Instead i just take my time bathing, moisturizing my body and trying to keep my eyes from closing shut during each bath. Afterwards i skip breakfast as i would be too late to even consider having it at all, a habit my mother would scold me for but i still do regardless. After going through my daily above mentioned routine i finally forced myself to go to school in order to at least write the Maths exam scheduled for 45 minutes later on that day.

As i attempted to step outside and take my first steps, i realised it was raining. I had not noticed at first because my curtain are always closed, for security reasons and it was not really raining, more of drizzling. Also, when you are trying to keep your eyes open the entire morning, one hardly notices the environment around and that is why I feel like I would just pass a dead body in the morning and just leave it there because I wouldn’t have noticed it. I walked casually back into the house to grab my raincoat before i began my ‘supposed to be 10 minute walk to school but usually 25 minute’ walk to school. I decided that since it was raining, i was less likely to be mugged but because it was a Friday i decided to take my mp3 player instead of my phone so that i could at least listen to my favorite sounds as i walked and not get too bored or enticed to come back home.

I loaded up my phone with my usual playlist for those types of conditions; The 1975, Ed Sheeran, Migos, DVSN, Majid Jordan, WNDR, etc. I picked up my blue headsets from where i had thrown them when i got home the previous day, on the floor by the radio, and embarked on my usual saddening journey. I said my last goodbyes to the helper, opened the gate and stepped into the rain. First random song which came on was The A Team by Ed Sheeran, one of my all type favorites. I looked to the left as i left the yard doing my usual safety checks, checking if there was anyone creeping by the corner awaiting to jump me. Quite the paranoid one i am, yes i know.

As the song began i felt something change. I felt my heart fill with happiness, the grip my hand made with the knife loosen, my hair wetten but most importantly, my mood change a bit. The setting was just too perfect. The road had barely a single car on it so it was clear enough to see towards the curve at the far end, something usually impossible to see in the morning because of the numerous vehicle activity and was wet with puddles of water by the side of the road every few metres. The drizzle made my vision become blurry and i did not know whether it was the drizzle or the fact that i could not wear my glasses because they did not have wipers and could not be worn in the rain. The slight rain made the contraction and relaxation of my heart feel slow, so slow I could feel it completely and at that moment, my soul was one with nature and nature was one with me, everything felt perfect.

“I swear in that moment I was infinite.”

My steps became lighter, feeling more like I was floating than walking. As the song came to an end, Perfect by the same artist played and I swear for a second I slightly danced on that road. I was happy. I had the same joy I had when I was a kid. That rare form of complete happiness where you feel like nothing can stop you. This morning set the right tone to my day. A tone which I rarely felt.

Happiness in the morning was rare for me but today I achieved the feat.

I got to school in record time, sat by the benches and listened to more similar songs and felt my heart overflow with each passing song. I guess the topic could have been, ‘Today I had the best morning of my life’.